Although many still do not know much about it, Traditional Chinese Medicine (TCM) has in recent years experienced a booming interest and popularity in the United States. It is a revered system of medicine with records dating back over 2,000 years but is believed to have been practiced for nearly 5,000 years in China. Interestingly, Traditional Chinese Medicine is the 2nd most practiced system of medicine in the world right behind mainstream allopathic medicine. Yet unlike allopathic medicine, TCM is strongly rooted in the fundamental principles that govern all of nature and the universe. 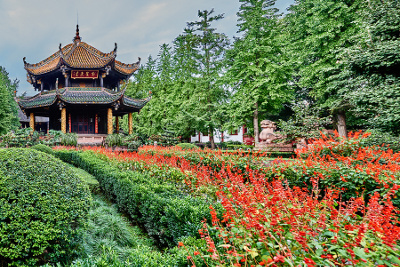 Traditional Chinese Medicine is an overarching umbrella that encompasses a variety of practices such as acupuncture, herbology, tuina/massage work, qi-gong, and dietary therapy. This ancient practice is based on the concept of holism where a human being is seen as a dynamic interrelation between the physical, mental, emotional, and spiritual bodies. This view holds that the human body is an intricate and balanced environment of interconnecting networks that are subtle (such as energy pathways) as well as the obvious physical components such as organs and their associated organ systems.

Its unique ability to pinpoint imbalances in the body before they manifest into full blown disease sets it apart from conventional medicine that is only able to detect and treat an illness once it is present. Another distinguishing characteristic of TCM is its emphasis on finding and treating the root of the disease rather than focusing on the temporary treatment of symptoms. For this reason, many conditions including asthma, fibromyalgia, and IBS that are deemed “incurable” in western medicine are easily curable in chinese medicine.

The Uniqueness of Traditional Chinese Medicine

There is no standardization in Traditional Chinese Medicine as there is in Western medicine because Chinese medicine views individuals as exactly that: individuals with different constitutions, different lifestyles, and thus different underlying imbalances. Therefore, what may work successfully for one individual may not work as well or even at all for another individual. This is something that is often observed in western medical treatment. For example, two people may have the same disease, and are given the same treatment. One patient responds well to the medication and makes a full recovery, whereas the other fails to respond to the medication and passes away. This is why it is essential to approach each patient on an individual basis rather than try to fit them into cookie-cutter cases. Due to this kind of approach, Traditional Chinese Medicine is a valuable method of healthcare and is projected to continue growing as a modality for optimal health and vitality.

+ There are no comments